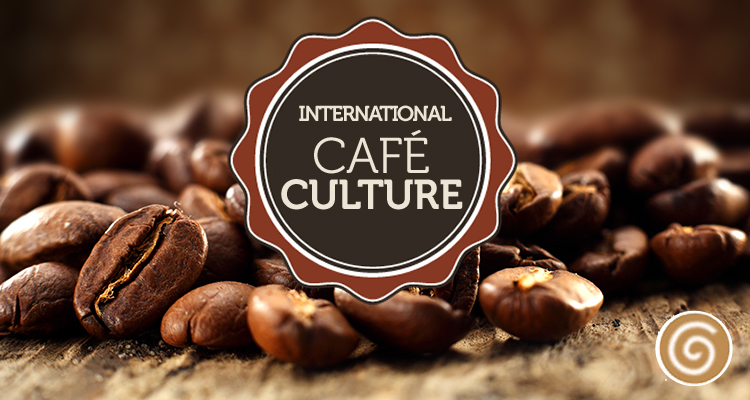 Coffee is popular in countries all over the world from sub-Saharan Africa to the United States. However, rarely is coffee consumed in the same way in different countries, and many countries have their own unique way of getting their caffeine fix. Here are some of the different ways that café culture is enjoyed across the globe. 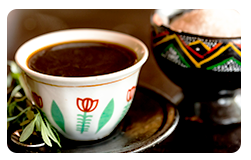 Ethiopia enjoys a coffee culture that goes back many centuries. Not only will you find coffee grown in abundance and enjoyed in cafés throughout Addis Ababa and beyond, but it is also enjoyed in ceremonies within the home. These ceremonies go through the process of roasting the beans right up to drinking the coffee and can last for hours. Coffee is sometimes served with spices, cinnamon or even butter, and many different styles are enjoyed. 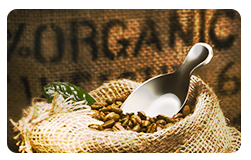 Coffee has been grown in Brazil for centuries, and the country is now one of the biggest exporters in the world. Coffee is a popular drink here, and it is culturally important throughout the country. You will find thousands of cafés in the big cities like Sao Paulo, and the coffee tends to be served strong and sweet, in a variation known as a 'cafezinho'. Another option is a 'café com leite', which is essentially a strong latte comprising a double espresso with milk.

Most of the names for coffee styles come from Italy, and as you can imagine, café culture is big throughout the country. One of the favourite options is the classic espresso, which is usually drunk while standing. However, you can also choose a macchiato, which is an espresso with steamed milk or cream on top, or add some water to your espresso for a 'caffe lungo'. There are also strict rules about when to drink different types of coffee, with cappuccinos being very much a morning drink. Caffe latte – hot milk mixed with coffee and served in a glass – is another style that is usually consumed only at breakfast. Strong coffee is popular here: consider a 'doppio', which is a double shot, to keep you going throughout the day or a stronger espresso made with less water called a 'stretto'. 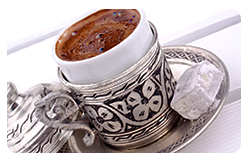 Known locally as 'Türk Kahvesi', Turkish coffee is famous all over the world. Coffee here is ground finely, then boiled in an individually portioned brass pot called a cezve. When it is ready the coffee is served into the cup and left to settle. It is very strong, and the sediment is left at the bottom after you have finished. 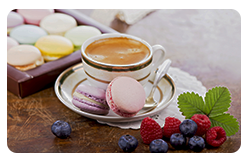 Coffee is big in France, and especially in Paris, where it is an important social activity. Sit back in a Parisian café with an espresso or a 'café au lait' (filter coffee and hot milk), and take your time over it as you watch the world go by. 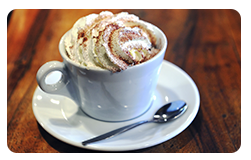 The classic coffee here is the 'mélange', which is similar to a cappuccino and consists of espresso and steamed milk with whipped cream on top. However, espressos and other types of coffees are also popular. The coffee here is made with water from the Alps, which is claimed to give it that extra something. Coffee culture in Vienna is known as 'kaffeehauskultur', and it is even listed in the National Agency for the Intangible Cultural Heritage, which is part of UNESCO. 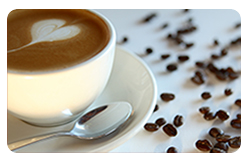 The UK's first coffee house opened in 1650. Surging in popularity throughout the 17th century, London's coffee houses were used by businessmen as places to meet and conduct transactions. In fact what is now the London stock exchange started life in one of the city's coffee houses in 1698. By the 18th century tea had become the drink of choice and coffee houses declined in the UK.

Having undergone a renaissance in recent years, coffee shops have sprung up all over the place; from large chains serving up everything from espressos to cappuccinos, to independent cafés each with their own individual atmosphere.

UK consumers are becoming more selective about the types of coffees they are drinking, including where their beans are sourced from, with an increasing emphasis being placed on coffee that is both high quality and ethically sourced.

Whether you like it small and strong, or large and combined with all kinds of extras, there is always a coffee for you. As you can see, it plays an important cultural role in many countries around the world so make a habit of drinking a local style coffee when you travel and enjoy a different cultural experience in each place.

If you are feeling inspired, take a look at Garraways Caffe Prima roasted coffee range to enjoy a great tasting coffee experience in your home or business. Caffe Prima is offered in a range of grinds, enabling you to prepare coffee and achieve the international feel you want.